There are many foods that taste great with certain condiments. As everyone has different tastes and preferences, there are many different combinations that can be used to accompany foods.

What is a Condiment?

A condiment can be defined as a sauce, spice or preparation such as tomatoes that is added to food to enhance the flavour. As we have already discussed spices, let’s focus on the sauces and prepared foods that can be used as condiments.

How to Use Condiments 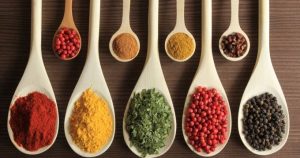 These are some of the most common foods that people add condiments to. Often they may add mustard, relish, ketchup, pickles, tomatoes, lettuce and onions. Seasonings such as salt and pepper are also added.

Fajitas are always served with condiments such as cheese, salsa, sour cream, and guacamole. Guacamole is a flavorful dip made with tasty spices and avocados. Fajita seasonings are most often spicy, so the addition of sour cream can help cool down the heat.

Nachos are another dish that is served with various condiments. During the cooking, process nachos are topped with refried beans, peppers, cheese and other items. Served with salsa and sour cream, nachos are delicious.

Gravy is a great condiment that is most often served with roast beef, turkey and chicken. It is packed with flavour and can also be added to the other foods on your plate such as mashed potatoes or french fries.